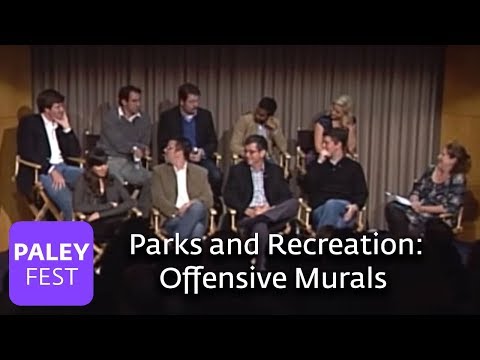 In 1271, Marco Polo (at seventeen years of age), his father, and his uncle set off for Asia on the series of adventures that were later documented in Marco’s book. They returned to Venice in 1295, 24 years later, with many riches and treasures. (From WikiPedia)

Do you spend much time reading tech blogs?

I’m waiting for my iPad, and not a bit patiently. Since I can’t actually play with it yet, I started out reading blog posts about it. That led me to some other blog posts, and down the rabbit hole I scampered. It’s kinda cool down here.

One thing I learned is that I’m guilty of tunnel vision. See if this sounds like you: “I work in, basically, two niches. I make products in those niches, and pretty much ignore all other opportunities.”

Sound familiar? You frame yourself as an internet marketer who makes internet marketing products, and you’re probably up-to-the-minute informed about what’s going on in that niche. Me, too. I’ve seen the “latest technology” that the front-running marketers are using, and have adapted same to my business.

(My other niche is making inspirational and meditation audios, and I do most of my research on Pandora’s New Age Instrumental channel.)

So, it took me a while to get my bearings in this exotic foreign country. Flash/Adobe vs iPad/Apple. Twitter is embedding meta-data (soon). Chatroulette, and its 17 year-old developer. Start ups. Venture capital funding. App developing across multiple platforms. Twitter blocking developers, Apple erecting a “Great Wall” around its app store, Facebook (of all things) becoming more open and developer friendly.

All of those data points represent a money-making opportunity for somebody. Is that somebody you?

Basically, I quickly realized that there are a LOT of ways to make money online. In fact, I kinda feel like Marco Polo, here. I’ve seen some other countries, and they’re way cool. They do things differently, and it works.

So, first word of advice: get out more. Leave your niche behind for a day and talk a walk on the wild side. I think you’ll find it inspirational.

Then, come home. Crawl out of the rabbit hole, and put what you’ve learned to work for you.

The first way to reframe your business with your new knowledge is to “go mainstream.”

What I mean by “mainstream” is, if you’re like me, you create products for a specific and finite market. In my case, I know what beginning Internet Marketers need to know because 1) I’ve been teaching them for years and 2) I’ve got an active forum and coaching program full of beginning Internet Marketers. We have coaching (un)Webinars every Tuesday night and I spend up to two hours answering questions.

The big question is, “who else could use this information?”

For example, I’m working on some video instruction products. Internet Marketers need to know how to make a good video. It turns out that, with minor tweaking, that product can also be of benefit to a LOT of other people besides Internet Marketers. I can serve my customers, and also serve the world at large. The “mainstream.”

So- how can you reframe your products so that they can be of interest to more people? I think you’ll be surprised. Everybody is online, and the same skills that, for example, you need to make a good marketing video are also valuable for making a video of a kid (or grandkid), or a vacation, or a big date, or…. see what I mean?

While we’re on the subject of making money, let me tell you about a coaching UnWebinar we had a couple of weeks ago.

Actually, let me tell you about a conversation I had with a very bright beginning Internet Marketer.

He asked me what I thought he should do.

That’s when I told him about the coaching UnWebinar.

A lot of my coaching students have the same problem. They worked, in some cases, months putting together their eBook or audio. Then they marketed it, and had some success.

The less good news is that they aren’t making enough money to live on from that one product.

The solution is obvious.

So, to drive my point home, I did something I would only do for my coaching students, whom I love. I logged onto my 1shoppingcart account and showed them where my money was coming from.

I’ve got about 100 active products, and about 75% of them are on 1shoppingcart. So, I brought up my sales for the last month. It wasn’t an exceptional month, but it was several times what I used to make in a year. That wasn’t the point.

Each time somebody buys a product, they’re placed on a (confirmed opt-in) autoresponder list, and I use my autoresponder to help them learn about other products that they might enjoy. This is the old “product funnel” system, although I’m not as disciplined at it as some marketers. In my case, the funnel is very wide but not all that deep.

Traditionally, you’d want to start with a free product, upsell to a cheap product, and gradually upsell to a stunningly expensive product. I tend to sell horizontally- I have a lot of products in the low to mid price range. It works for me.

Either way will work for you.

I don’t know any successful Internet Marketer who makes his living from just one product.

Back to the conversation- the objection raised was “it takes a long time to make a product.”

My response was, “put your flip cam on a tripod and start talking. Can you say something in an hour that’s worth $20? Sell five of those and you’ve made $100.”

If you’ve got something of value to say, you should be able to crank out products that fast.

If you want to make a product that will sell for more money, find an expert and interview them. Do it on the phone and record it, if they’re too far away for a flip cam. You can do one of these a day, and still have time to play with your new iPad.

Just remember that the money is in solving problems. People will pay for solutions. If you don’t know that solution, find somebody who does and stick a recording device in front of them.

Over time, you can build an inventory of products. Some will be home runs, and if you can predict which ones, you’re smarter than I am. Most will be “base hits.”

You can win the game with base hits. More importantly, you can’t hit a home run unless you actually grab a bat with both hands and swing at a few pitches. I don’t think you can actually strike out. I’ve never made a product that sold zero. You probably won’t, either.

That’s pretty much the talk I gave to my coaching students. Some of them got it right away. At first, I thought they were all playing with their iPads or watching TV… it got real quiet. When I asked them if they were still there, the general response was “shut up, I’m thinking!”

Some of them have actually made a few new products since then. My goal, as a coach, is to motivate them all. I’m working on it.

Now, I’m going back to cruising the tech blogs. If a 17 year old Russian kid can come up with a mult-million dollar idea, so can I. Eventually.

In the meantime, I’m making a few more products. They may be base hits, but you never know until you swing at the ball.

Want To Learn More About Football? Now’s Your Chance!

A football team is not just a lot of men in the same outfit. Teams are groups of individuals who truly love football. This passion propels them to train hard every day to improve, and […] […]